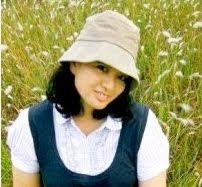 Since then, similar gatherings have been held every year (October or November) and the numbers of attendance grew much bigger every year, a big thanks to the organizing committees for their hard and smart works.

Unlike previous Pesta Blogger which were led by males, this year it will be led by a female Dentist namely Drg. Irayani Queencyputri a.k.a Rara.

In an interview with Yahoo Indonesia (click), Rara said that she plan to involve "new faces" in the organizing committee and plan to straighten several things, among others about entry ticket which she thinks quite commercial, about the name of the event itself and who are eligible to attend.

Not much information was given about Rara except that she has been blogging since 1998 and has been active with several blogging communities, but never joined previous Pesta Blogger organizing committee.

I hope that the members of the organizing committee would consist of  bloggers who are less exclusive than previous ones, that way this year's Pesta Blogger would really be a party for common bloggers.
Posted by Unknown at 10:03 PM

It will be interesting to watch from afar how Pesta Blogger unravels this year.

I always thought PB was not an exclusive gig and was open to one and all with the common denominator being that "you" were a blogger...

Anyways...good luck to one and all, may it be a success!

It's nice to back in here again thank to follow my blog bali-deals.blogspot.com ,finally I see Adsense on your blog multibrand ,it make our hardrdwork worth . About the pesta blogger would it be a seo contest?

btw what is your real name? and why don't you buy a domain of multibrand. before get registered by other like my bali-deals is not mine someone registered bali-deals.com ,poor me .

I wonder how you get thousand follower. Are u gain them from blogcatalog?

@Senja,
Glad to see you again. Let's hope that this year's pesta blogger would be much better than before.

@Rob,
Hi mate, I am so glad to see you blogging again. Re: PB, I quoted Rara's words, and I think its because past organizers are just the same people that's why she wants to change that.

@Grace,
You are always welcome here, make yourself at home.

@Buditech
Thank you for following and reminding me to register the blog name. I'll must not procrastinate any longer. I like your bali-deal and buditech blog.
Re: my followers, there are many factors including active promotion on social media like Blog Catalog, Mybloglog etc. But the center of my online activity is this blog.
So I tried to be friendly with my visitors and visit them back, comment and follow.

Did you attend the previous PBs Harry? I attended the 2008 and 2009 ones, I missed the 2007 one since I was then only a newby as a blogger and only a handful of bloggers were invited at that time to join the PB if I'm not mistaken and I was not included... ;))

Hi Yari,
I only attended in 2008. I cannot come last year. I am not very interested in PB, but I just want to know the development of bloggers in Indonesia.